New Girl Talk equals people attempting to identify all the samples on the album. Check it out real-time here or you can just read about it on the Wikipedia page. It’s pretty impressive, I have to say. I mean, the album just came out on Monday and there is a ridiculous amount of samples. Well done, internet!

Xmas is coming up fast and The Boy Least Likely To have put together a lovely Xmas album titled, “Christmas Special” and you will be able to get it via iTunes on the 30th. You can pick up one track in exchange for your email at their site. It is pretty much what you would expect a Xmas song from them to sound like – poppy, charming and, if you listen closely, kind of heartbreaking. Pretty appropriate for Xmas, I’d say. 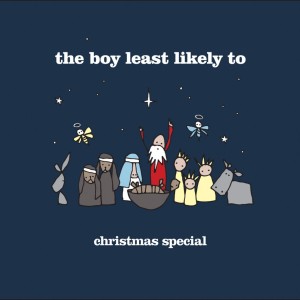 Not everyone is down with Target, but I love the joint. (This may or may not have something to do with the fact that I have never lived anywhere that had a Target store.) Keeping with the Xmas theme here, the red bullseye has put together a little Xmas album of their own, and it’s not too shabby. Best Coast and Wavves tag team it up on one track, but there is also some Crystal Antlers and some Chief Xcel, amongst many more. You can currently listen to it here, and will be able to download it on the 28th.

Girl Talk released his new album, “All Day”, for free this morning and managed to break the friggin’ internet. You can attempt to download it here. Good luck! 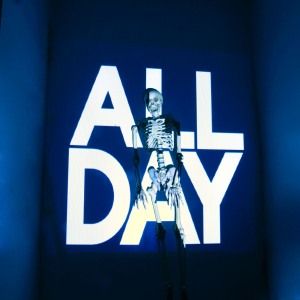 I kind of have a soft spot for robots. The nice, somewhat shy, breaking out of their shell and going to parties for the first time, kind of robots, not the crazed, killer ones. So obviously I enjoy LCD Soundsystem‘s video for “Home”. In addition to the likeable robot lead, it also features a set of pretty amazing eyebrows.

Speaking of soft spots, I talked a bit about my forever love of Journey not too long ago and Phil Collins is another one of those for me. I’ve loved Phil since the days of my youth, and I like that a lot of the current bands I enjoy now are down with Phil too. (Thank you, Norwegian TV!) Those songs of his from the 80’s have stuck with me through the years and, like Ice-T, I say, “Don’t mess with my Phil, man.”

The part needed for my TV is, apparently, on backorder. This equals more time for me to play catch-up on the last three months or so of stuff I missed, which is not such a bad thing I suppose.

It took me a long time to get on board with hip hop. When I was in high school, it was the height of gangsta rap and the beginning of the East Coast-West Coast rivalry. Being a kid in the ‘burbs, it wasn’t my cup of tea. I was the angry, angsty kind of youth, not the angry, let’s get some guns kind of youth. It wasn’t until after I graduated and after all the gangsta feuding business had settled down that I was exposed to hip hop I could actually enjoy. The Roots, Black Star, the Pharcyde, amongst others slowly got me to open up to hip hop and embrace it.

Much like my relationship with hip hop, Eminem was a guy that I wasn’t into when he was all self-aggrandizing and violence. Like him or not, I still recognized he had some talent. I feel like he’s grown a bit over the years though, and I rather like this one from him and a pre-prison Lil’ Wayne. The video is pretty canned, but it’s alright. Bullies are assholes, kids. Don’t be an asshole.

The video for Wolf Parade‘s “Yulia” is a tragic cosmonaut love story. Beautiful and sad, and even in its 4 minutes and 16 seconds, has more heart than Armageddon.

On the opposite end of the spectrum, we have the feel-good NYC dance party that is Duck Sauce. Cameos galore!

I just read a Rolling Stone article on the Tea Party and it made me really frustrated and angry. I’m still an American citizen, and I voted for, and still support, Obama, even from Canada. I think the Bush administration left him a shitstorm to clean up and he has managed to do some really amazing things so far. It’s hard to even put into words how insane the whole Tea Party seems to me. Anyway, it made me think of “American Hearts” from Piebald and I’ve had it in my head all day.

Follow What goes in the hole comes out the hole. on WordPress.com